The Salvation Army and GREY Canada have launched a new holiday campaign to drive donations and bring awareness to the issue of hidden poverty just ahead of the holiday season. “Poverty Isn’t Always Easy to See. Especially During the Holidays” is an initiative aimed at showing that poverty exists not just on the streets, but also inside the homes of their fellow Canadians.
The centrepiece of the multi-channel campaign uses Facebook’s new 360-image feature to show seemingly happy families posing for their holiday photos. It’s not until the user explores the rest of the image, via the 360 functionality, that the true plight of these families is revealed. 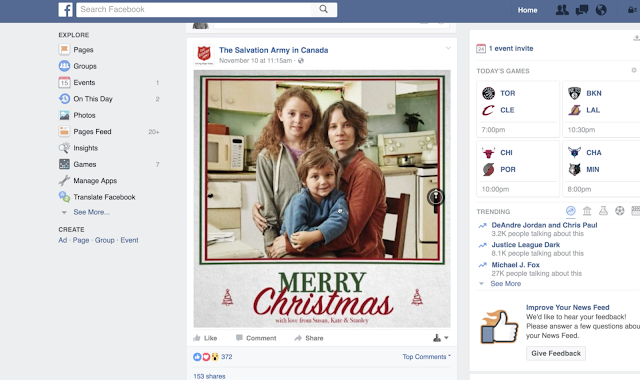