Automotive ads of the day. BMW i8 - BornElectric by Gus Van Sant 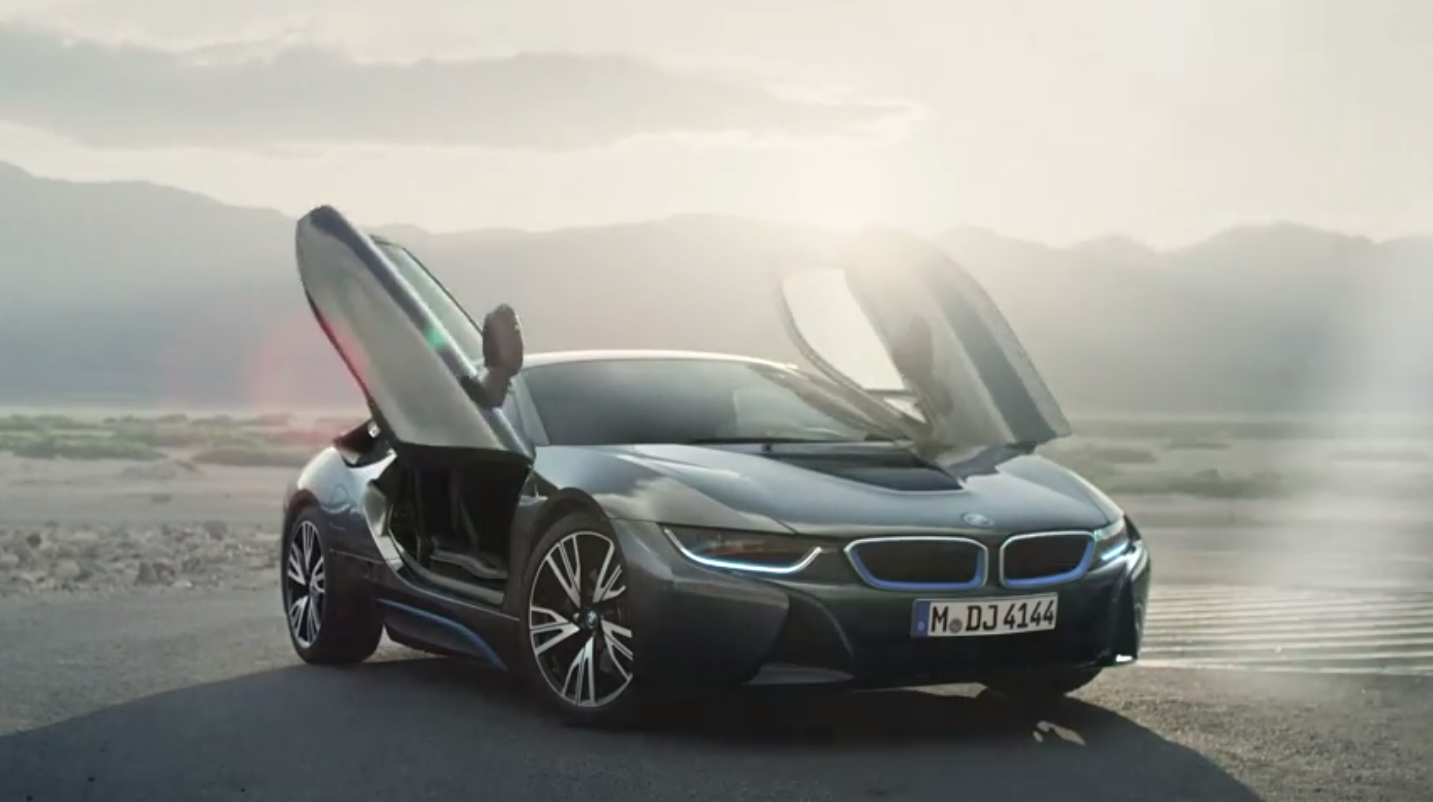 Great director of the day. #welcometocoffee by Taylors of Harrogate / Directed by Frank Budgen


The world of coffee advertising has gone stale. We decided to take a fresh approach for our first ever ad. According to scientists this is exactly what happens in your brain when you drink great coffee*(*we're not sure they were actually scientists)

"'Welcome to Coffee' takes viewers on a journey through a 'coffee cosmos' with Budgen taking three weeks in his studio experimenting with lights, sounds, shapes and textures to craft the advert." Read more at thedrum.com 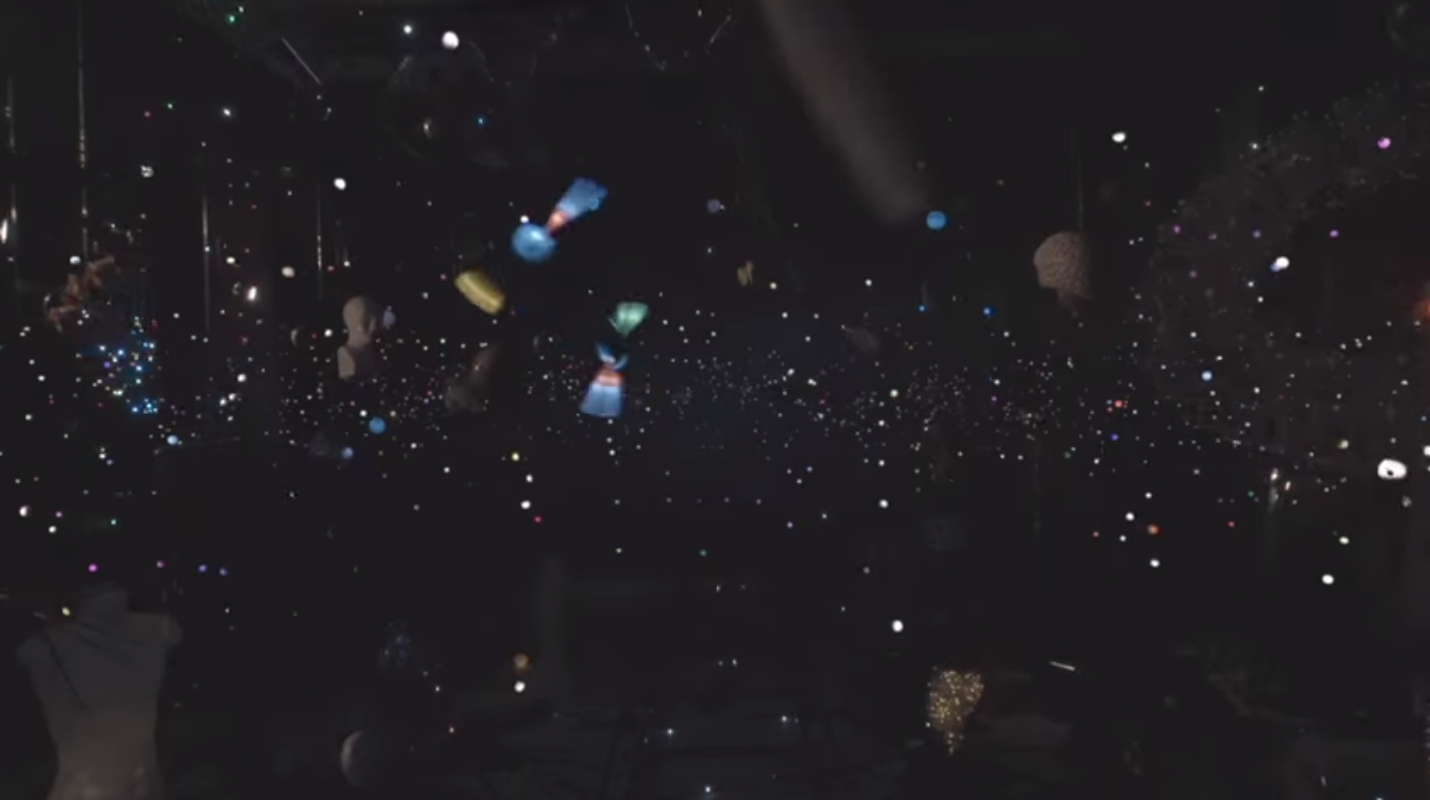 Hyperbolic ad of the day. European Parliament: And then came a lot of sheep

Voting for the first time can be a real adventure. Who knows what might happen... Take a look for yourself and share the video.Everything on the European elections --http://www.elections2014.euMusic by compact disk dummies --http://www.compactdiskdummies.infoComment on: Google + http://tinyurl.com/orh99s6Facebook http://www.facebook.com/europeanparli...Twitter https://twitter.com/Europarl_EN 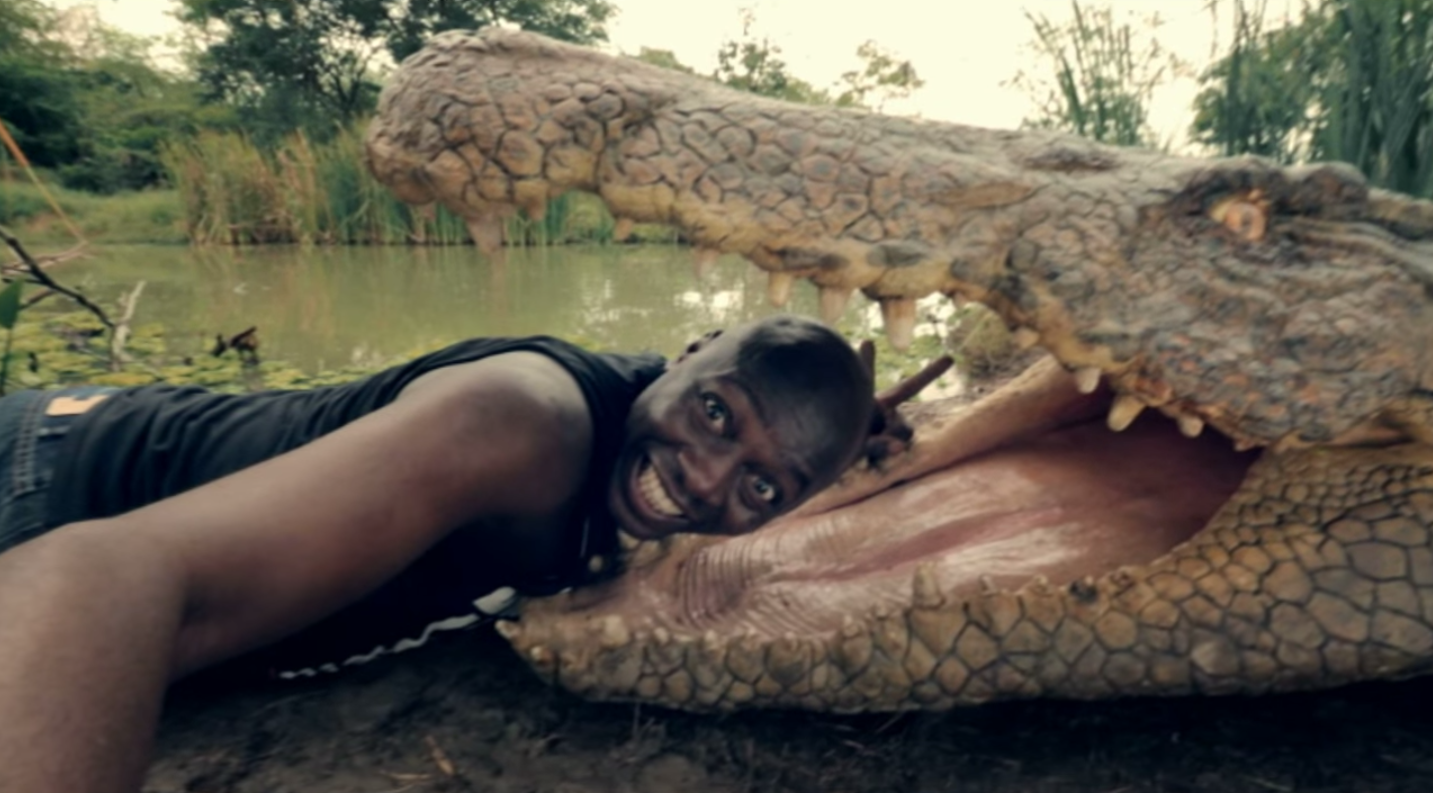 Eco ad of the day. World Under Water

CO2 emissions are rising. So is the sea level. Soon, the threat will be at your doorstep. Visit http://worldunderwater.org to see for yourself. 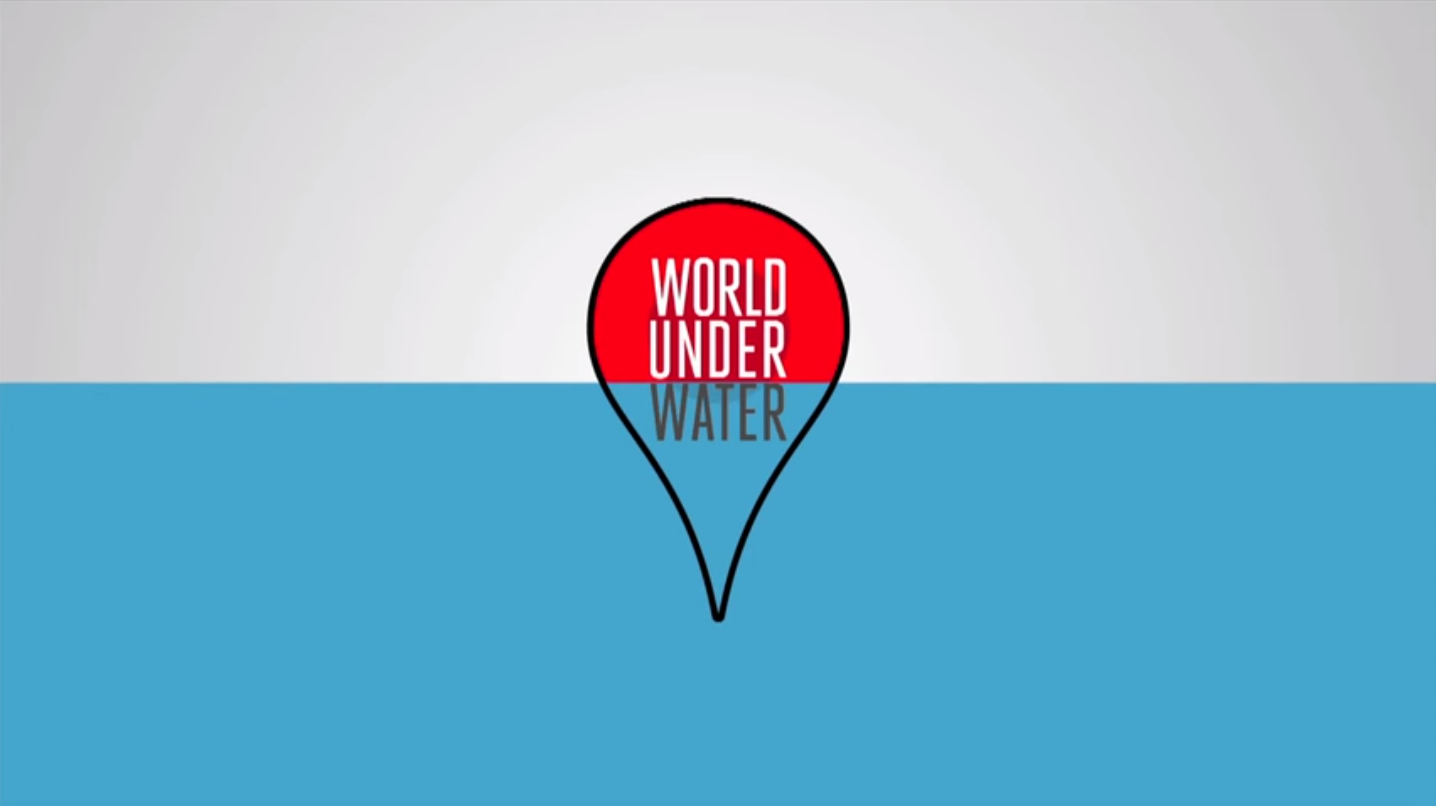 PSA of the day. Voteman Denmark

Voteman English Voteman Denmark Voteman cartoon danish cartoon Danish parliament's cartoon "Voteman," the cartoon muscleman who was enlisted, and then quickly dropped, to bolster turnout.There's a palpable anxiety hanging over Europe as much of the continent prepares for upcoming E.U. parliamentary elections. Far-right, Euroskeptic parties are surging in polls and may capture a significant number of seats. The crisis in Ukraine has exposed, in some people's minds, the geopolitical feebleness of the bloc. And concerns about unemployment and the health of national economies remain entrenched.So maybe the bureaucrats in the Danish parliament's E.U. Information Center can be forgiven for producing one of the more bizarre "get out the vote" videos ever made, in a bid to get more young people thinking about what's at stake in Brussels. The Voteman cartoon, released yesterday and summarily withdrawn today, depicts a mustachioed, muscular, leather-clad protagonist bashing and beheading his way through an apathetic voting public. It also opens with a pretty raunchy, gratuitous animated porn scene and then segues to Voteman emerging from his island lair, riding two dolphins. (You can watch the video here, but consider yourself warned: It is definitely NSFW.)You see, as Voteman learned earlier in life, the European Union runs policy on everything from agricultural subsidies to how much cinnamon should be in your buns. If you don't get why that's important, young voter, well, Voteman will rip your head off or slap you around anyway."A high turnout is important, so you use every method you can," said Morgens Lykketoft, the speaker of Parliament, as the video went viral. But he would later backtrack: "Many people whose opinions I deeply respect have perceived the cartoon from the E.U. Information Center as far more serious and offensive than it was intended -- and believe it talks down to young people," he said after Parliament pulled the video from its YouTube and Facebook accounts.Denmark's turnout in 2009 E.U. elections neared 60 percent, much higher than the European average. If 2014 participation tops that, one wonders whether the Danes have Voteman to thank.Danish parliament's cartoon using sex and violence to encourage voting in European elections -- video animation"VOTEMAN"- Contentious animated video made by Danish Folketing (parliament) to get young people to vote in the upcoming European Parliament election. May 25, 2014.#sex #violence #EUPropaganda #DanishStyleVOTEMAN #DKPOL Folketingets omstridte eu-valgfilm "Voteman Denmark""Voteman English""Voteman"Valgfilm VOTEMAN husk at stemme den 25 maj 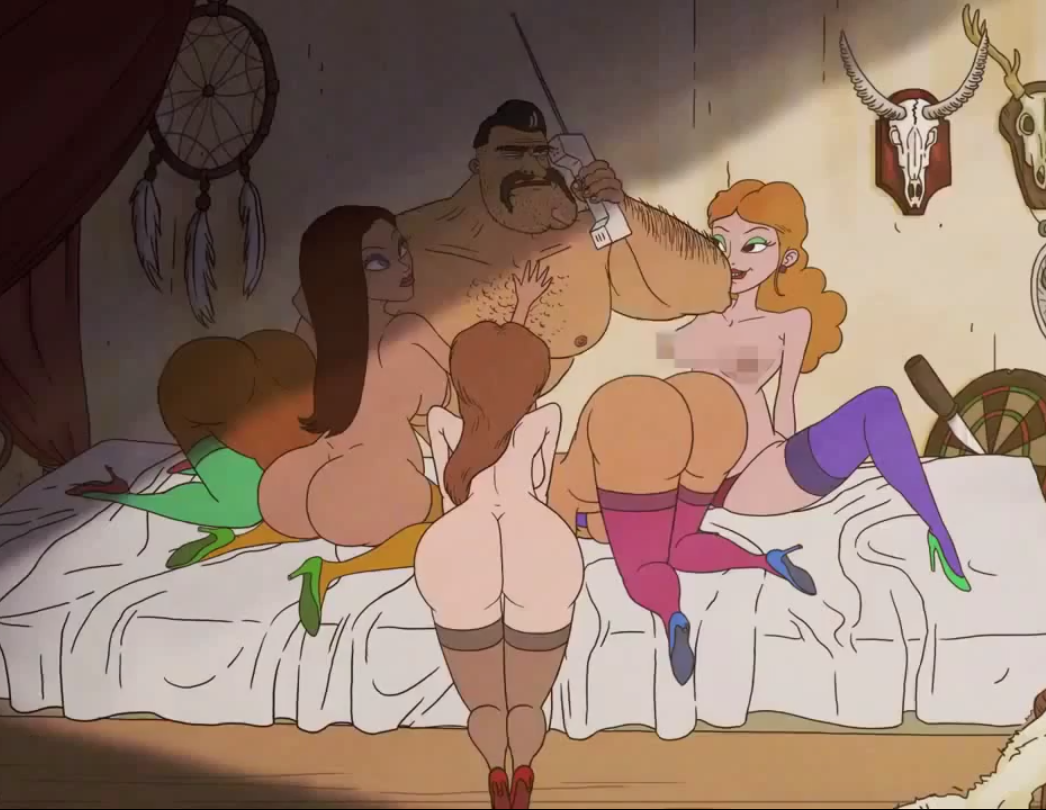 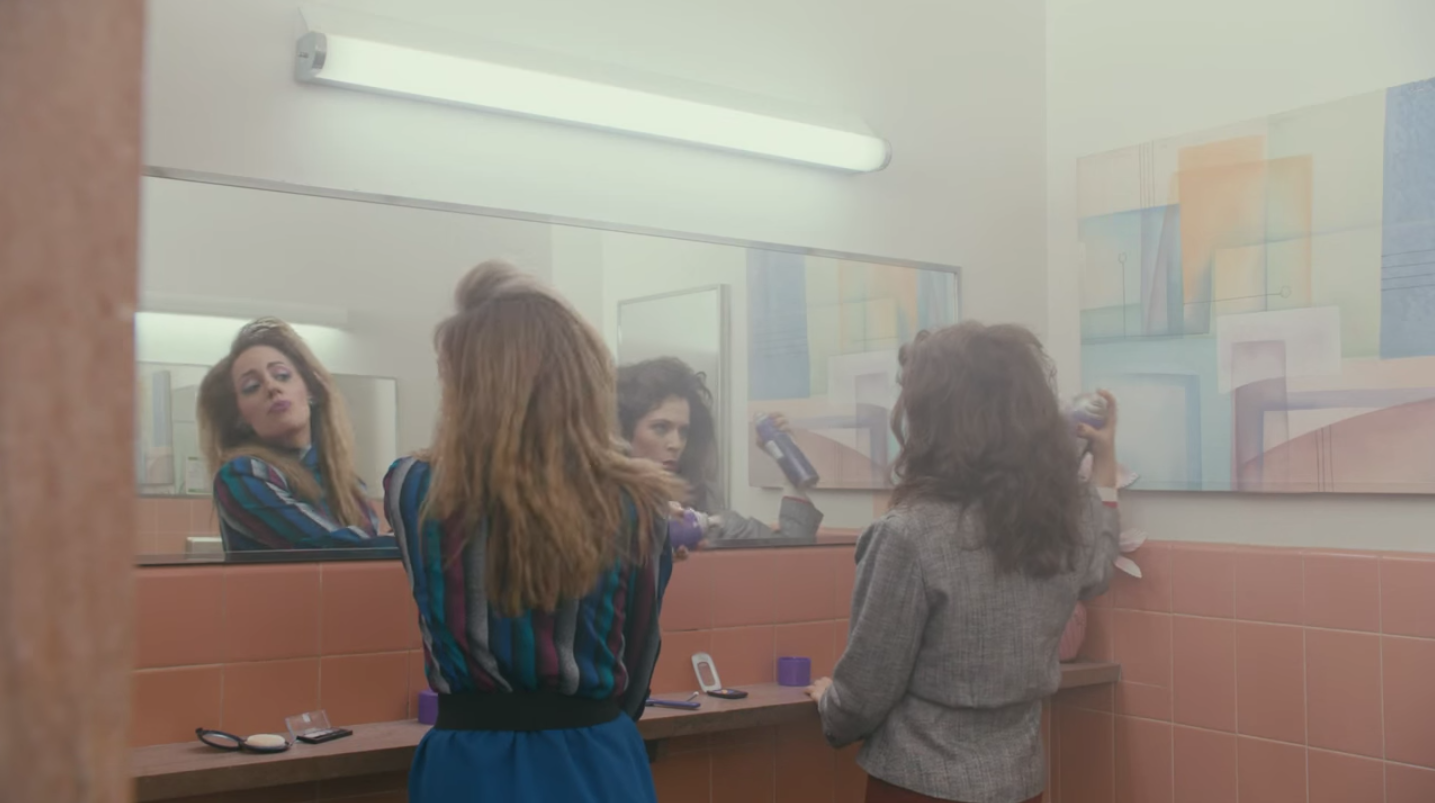 Med ad of the day. Tattoo Artists against Skin Cancer 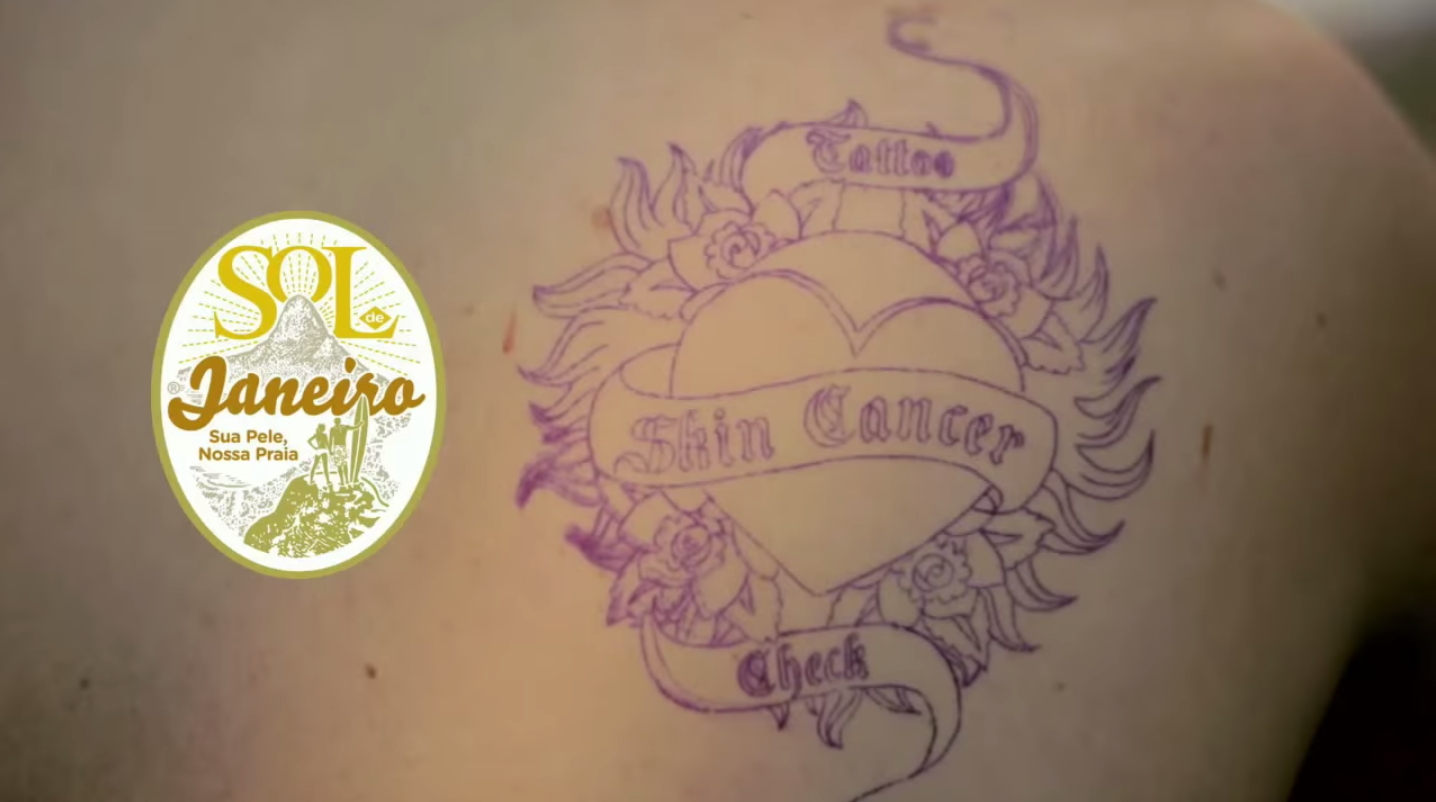 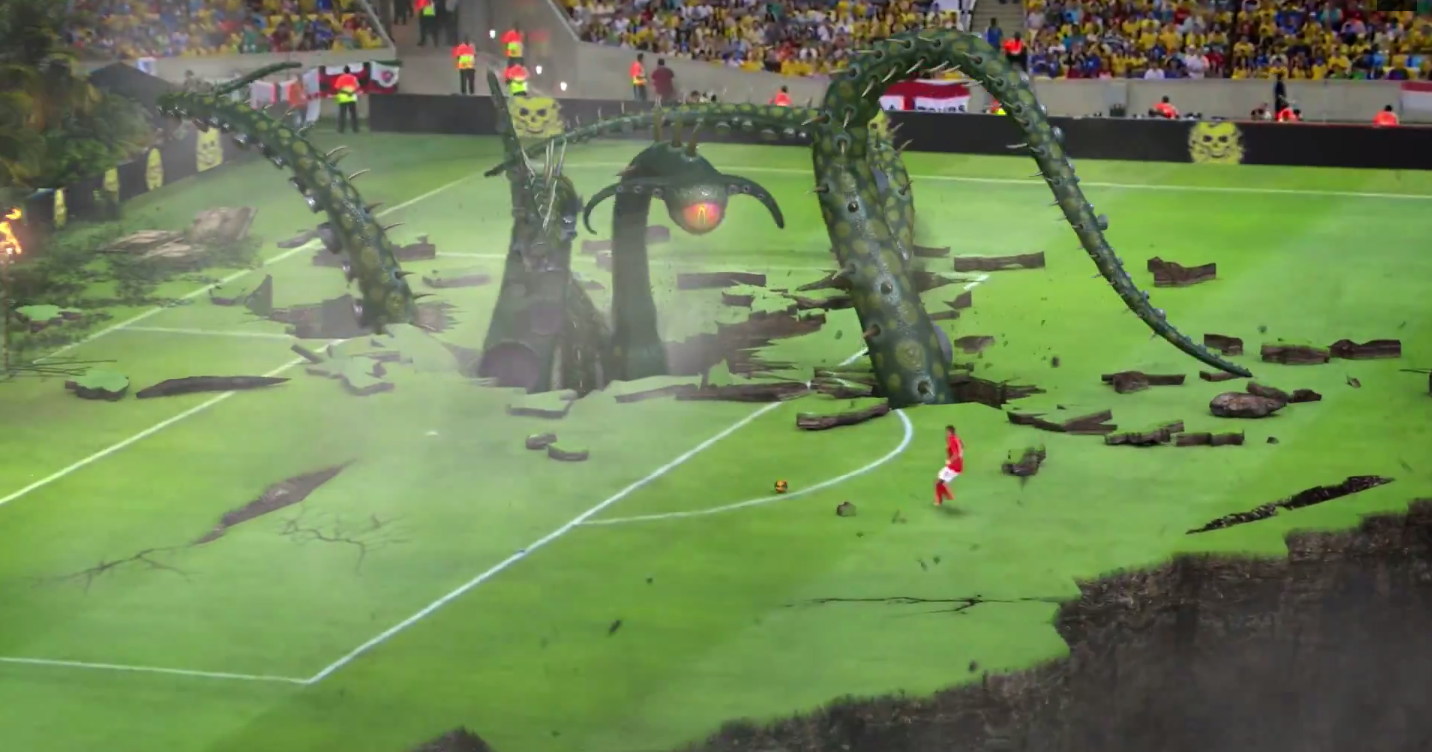 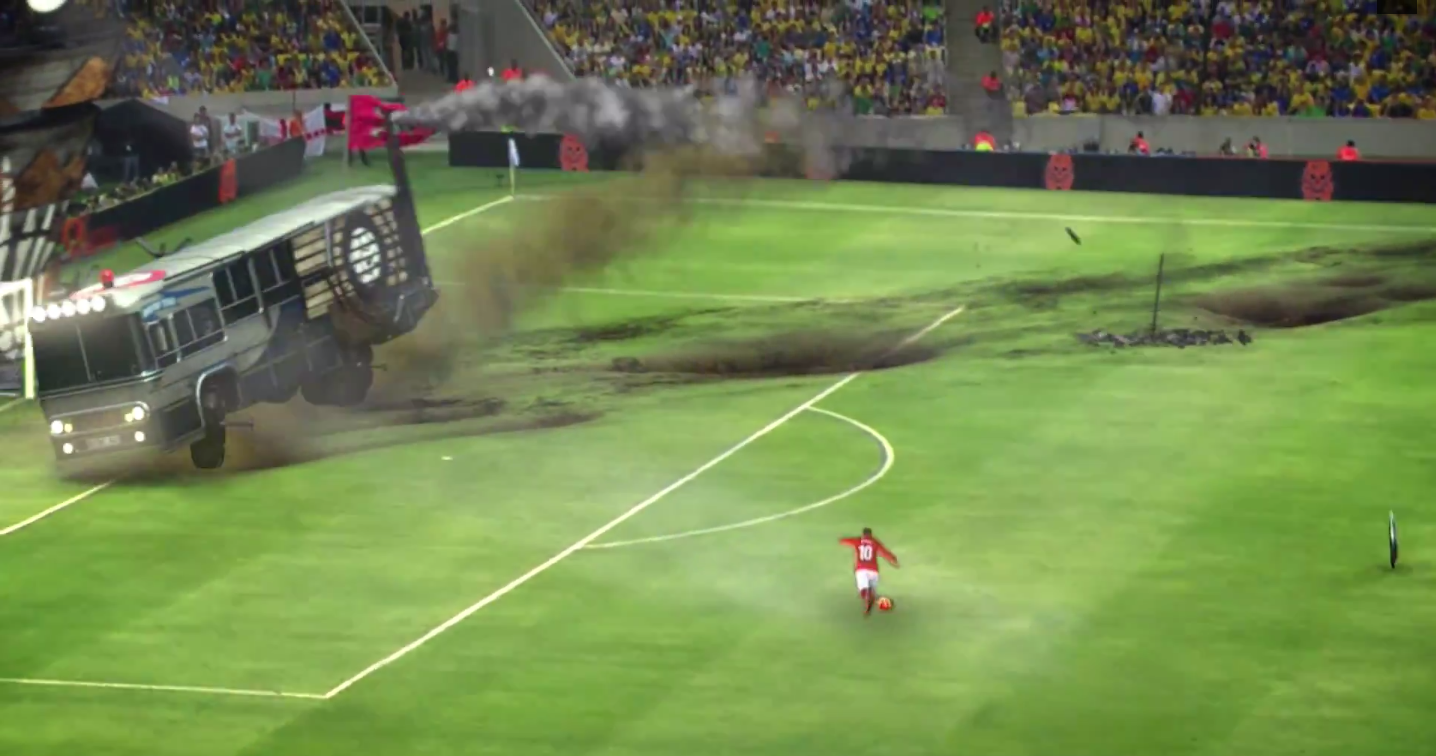 Self made ad of the day. Buy My Volvo

This is a personal ad for my Volvo 245GL 93'. #BUYMYVOLVOINFO.Red. Five owners before me. Complete service journal by Volvo up until in 2009. Inspected until November 30. New battery and radiator. Summer and winter tires. 7500 Swedish crowns, or the highest bidder. Or in exchange for a really long Xbox. Test it out in Malmö, Sweden.Contact: i@theworkofcastor.comCREDITS.Music by Cellardore - "Chasing Dreams" -https://soundcloud.com/cellardore Big thanks to my friendsChristian Svanlund (Camera operator)Johan Karlberg (Voice-over)Cellardore & Daniel Browne, Kenneth E.T. and Nicolo Sommer @ http://biinds.comThe original ad in Swedish - http://youtu.be/-byVY24Nx6sThe original Swedish ad on "Blocket"http://www.blocket.se/malmo/Volvo_245... 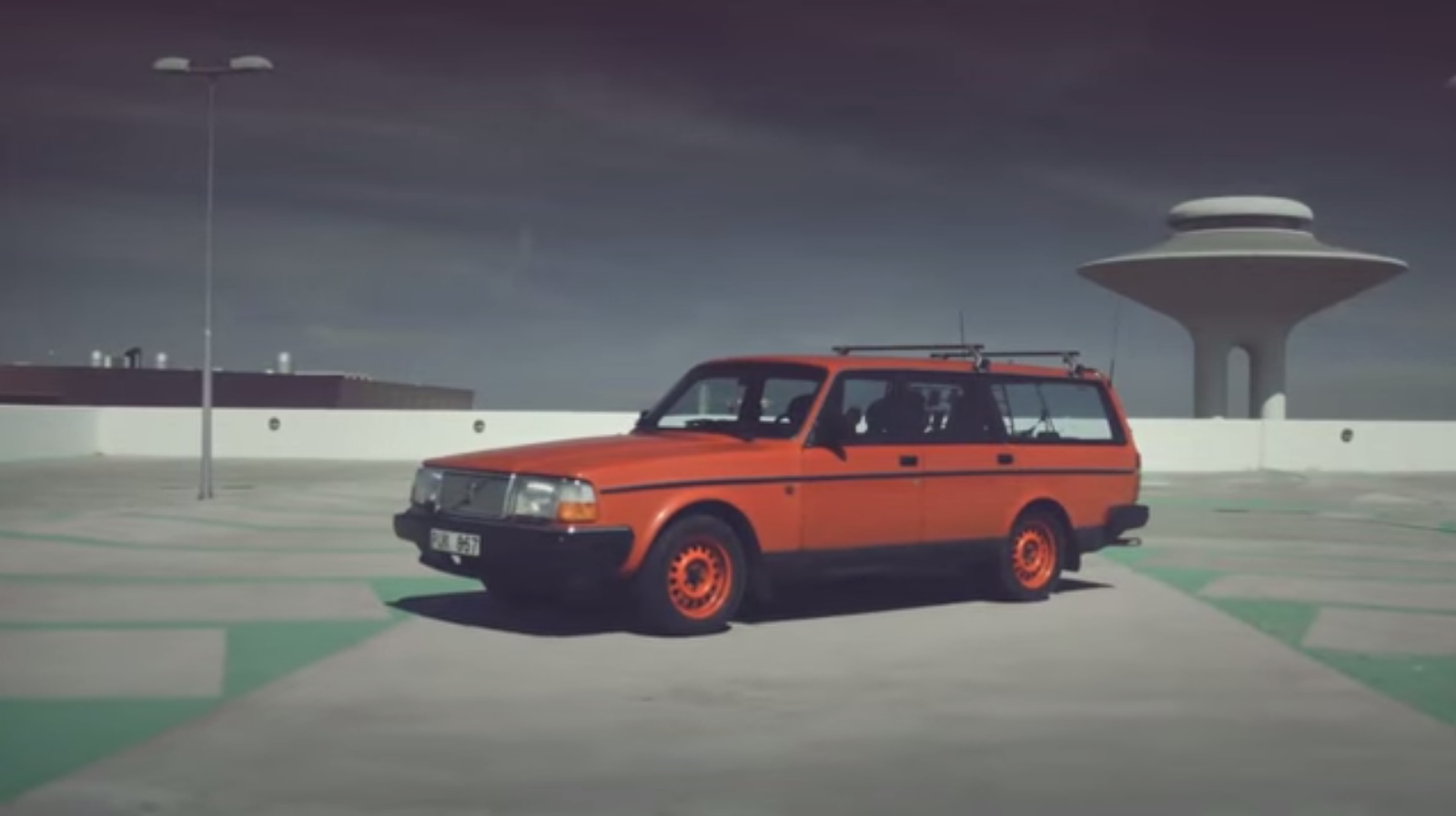 Transforming a key moment of the most popular sport into the key moment for the most massive target: THE PREPAID USERS.-------The 4th referee gives away the extra minutes of every Saprissa game to Claro prepaid users, to talk about the match.---CASE STUDY:- Promo & Activation.- Direct Marketing.- Media.- Mobile.- Outdoor.BACKGROUNDTelecomunication brand Claro recently arrived to Costa Rica and needs to gain marketshare connecting to the most numerous but disloyal target: the prepaid users.To reach a massive audience, Claro wanted to enter the soccer world through sponsorships. But, how to become visible in a space that is already full of brands? And how to be relevant to a disloyal target that is always seeking for promotions? IDEAThe 4th referee gives the extra minutes of every Saprissa game to your Claro prepaid phone, so you can talk about the match.Instead of using the standard spaces of sponsorship (jersey, ads...), we sponsored just the 4th official that referees Saprissa´s matches, the main soccer team in Costa Rica. We got into the game during a key moment of attention - the extra time announcement - giving Extra Minutes to Claro prepaid users, getting high attention of our specific target.IMPACT 50 Million Claro Extra Minutes of potential conversations about Saprissa. Thousands of new Claro prepaid clients per week.91,6% costarican prepaid users reach.MORE ABOUT OGILVY COSTA RICA:https://www.facebook.com/OgilvyCRhttps://twitter.com/OgilvyCR
Pubblicato da Federico Russo a 19:40 Nessun commento: Link a questo post

via creativereview.co.uk
Dick's Sporting Goods 'Baseball' from BOLD on Vimeo. 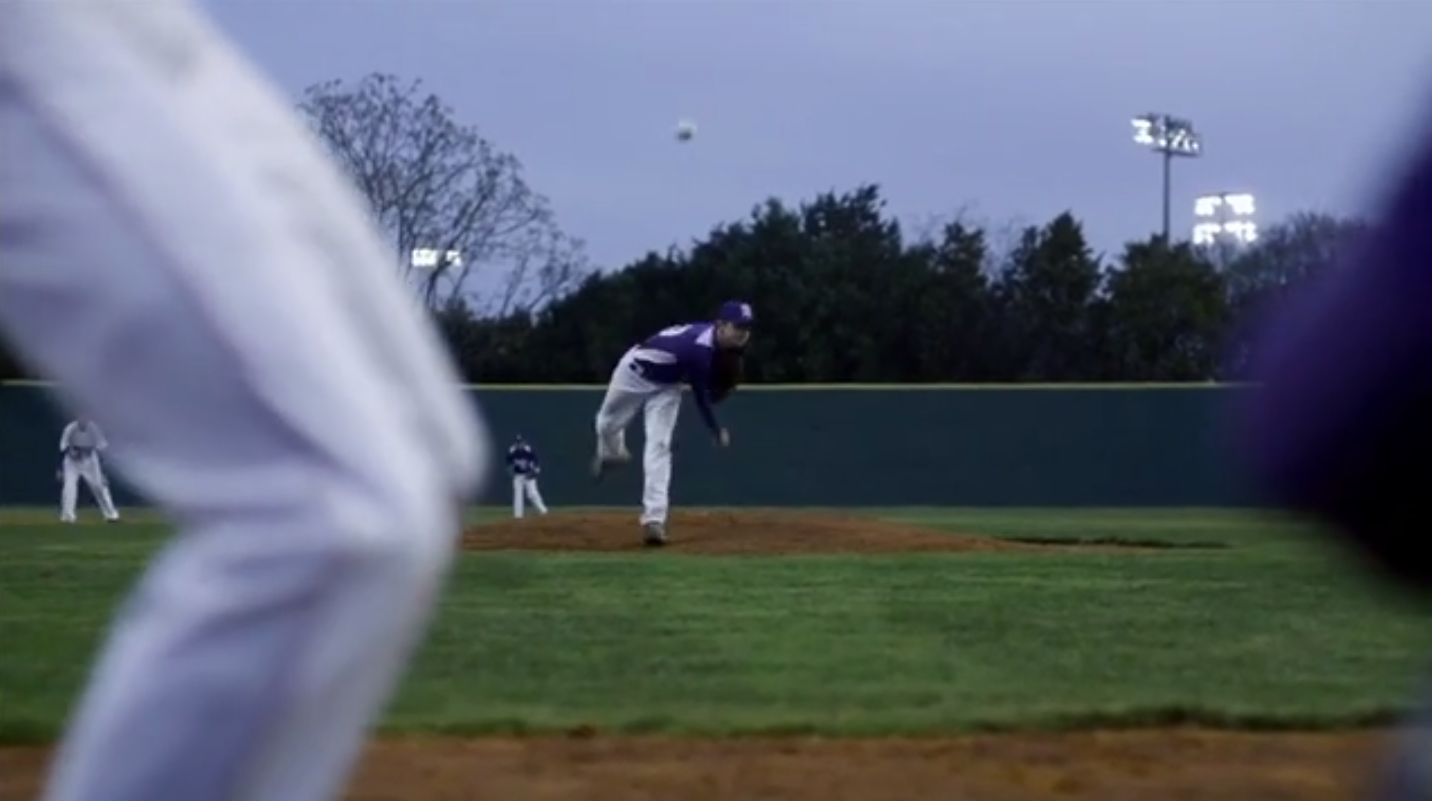 
Bedtime stories stimulate children's creativity and contribute to their learning and development. But for the 37,000 children living in shelters and orphanages in Brazil this remains a distant reality. To change this, in parthership with Casa da Criança Santo Amaro, we created "WhatsApp Storytellers": in bookstores, people read snippets of fairytales and send them as audio notes to the institution. Messages are then gathered and turn into a collaborative audio book played at night for the children. Audiobooks are also published on a virtual library (http://www.mixcloud.com/mensagensdeninar) so other Brazilian institutions can stream/download and bring the same experience to their own children."WhatsApp Storytellers" continues as an on going socially-generated project led by Casa da Criança using audio notes as a gift of love. 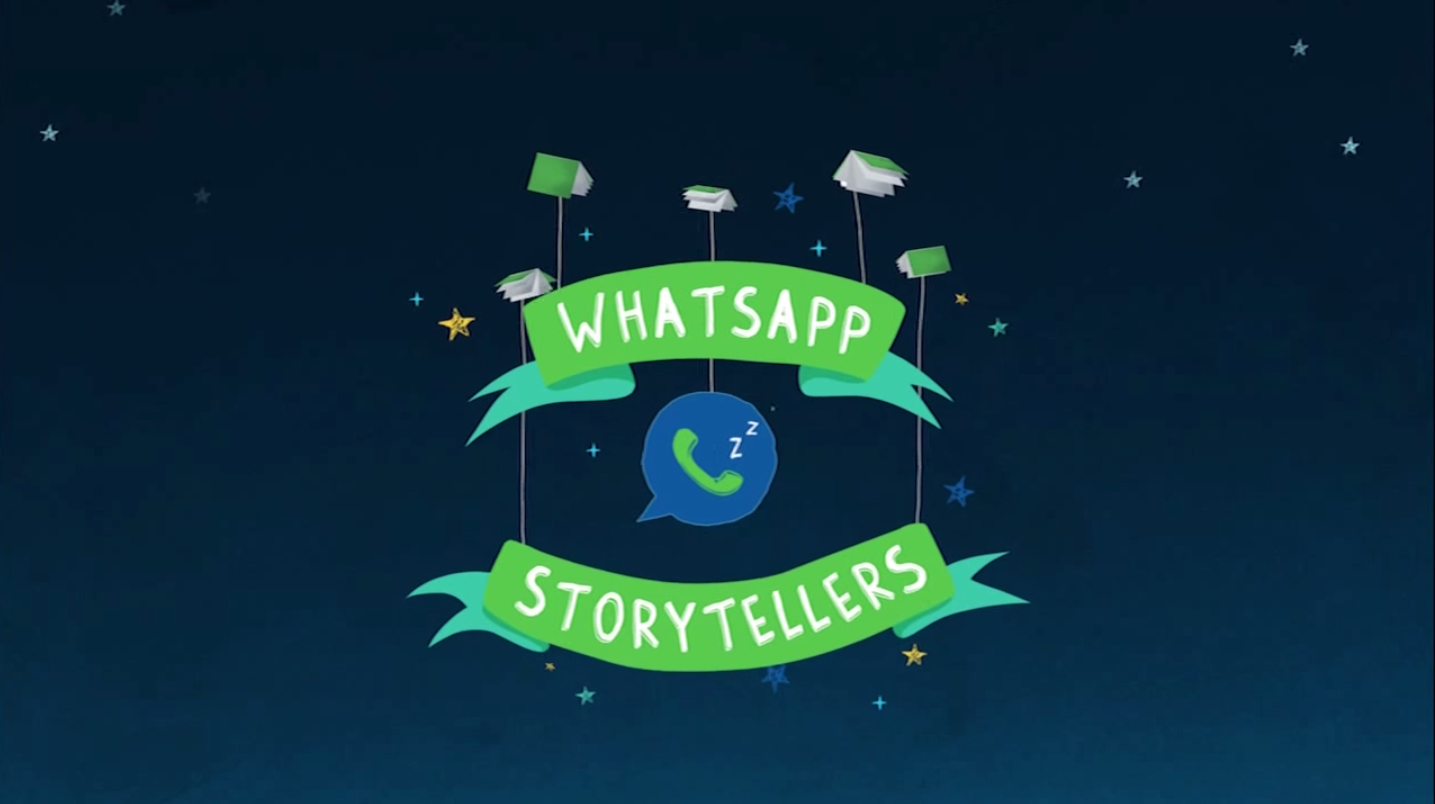 Visit the apartment: http://cb2.com/APTCB25 Rooms, 5 Days, 5 Guest Pinners, and you. From Wednesday, May 7th to Friday, May 11th help design the first real apartment live on Pinterest by liking your favorite Pins, and have a chance to win your dream room worth $5,000! 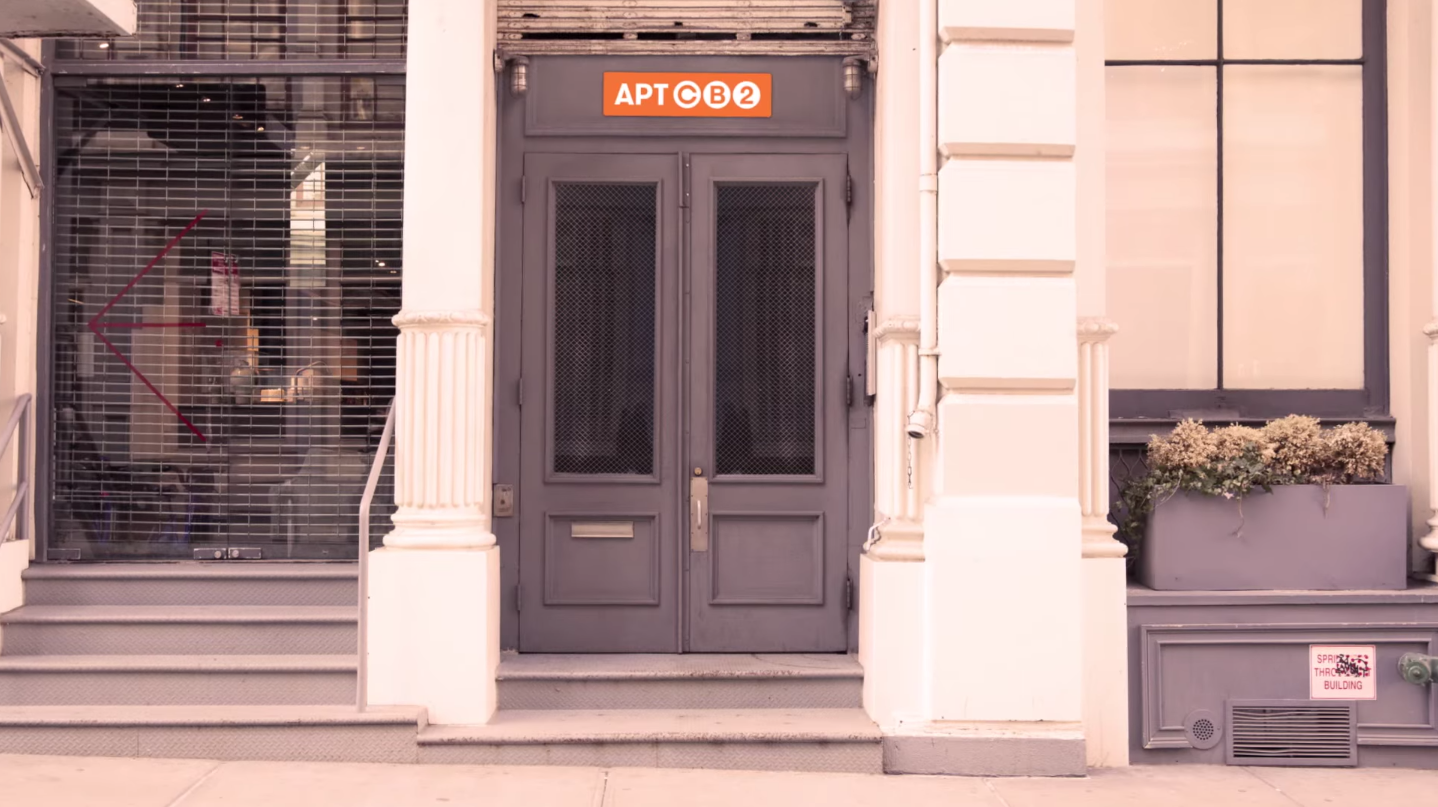 
This new short campaign film by Amnesty International provides a powerful glimpse into the grim reality of torture. The film marks the launch of Amnesty International's new campaign 'Stop Torture' -- highlighting the fact that the barbaric practice of torture is still alive and flourishing in countries all over the world.The campaign will unite millions of us around the world to stop torture. For more information on the campaign or to take action, visit http://www.amnesty.org/stoptortureThe narration in the film is a verse from the poem "Tortures" by Nobel Prize in Literature winner, Polish writer Wislawa Szymborska - and reflects the unchanging nature of the brutality of torture. The film is directed by three-times Oscar nominated, Bafta and Cesar' awarded French film director Sylvain Chomet.Tortures” from VIEW WITH A GRAIN OF SAND by Wislawa Szymborska, translated from Polish by Stanislaw Baranczak and Clare Cavanagh. Copyright © 1985 by The Wislawa Szymborska Foundation. Translation copyright © 1995 by Harcourt Brace & Company. Recorded by permission of Houghton Mifflin Harcourt Publishing Company. All rights reserved. This initiative was created by Leo Burnett Melbourne for the Honda FCX Clarity, a car that runs on Hydrogen and whose sole emission is water. 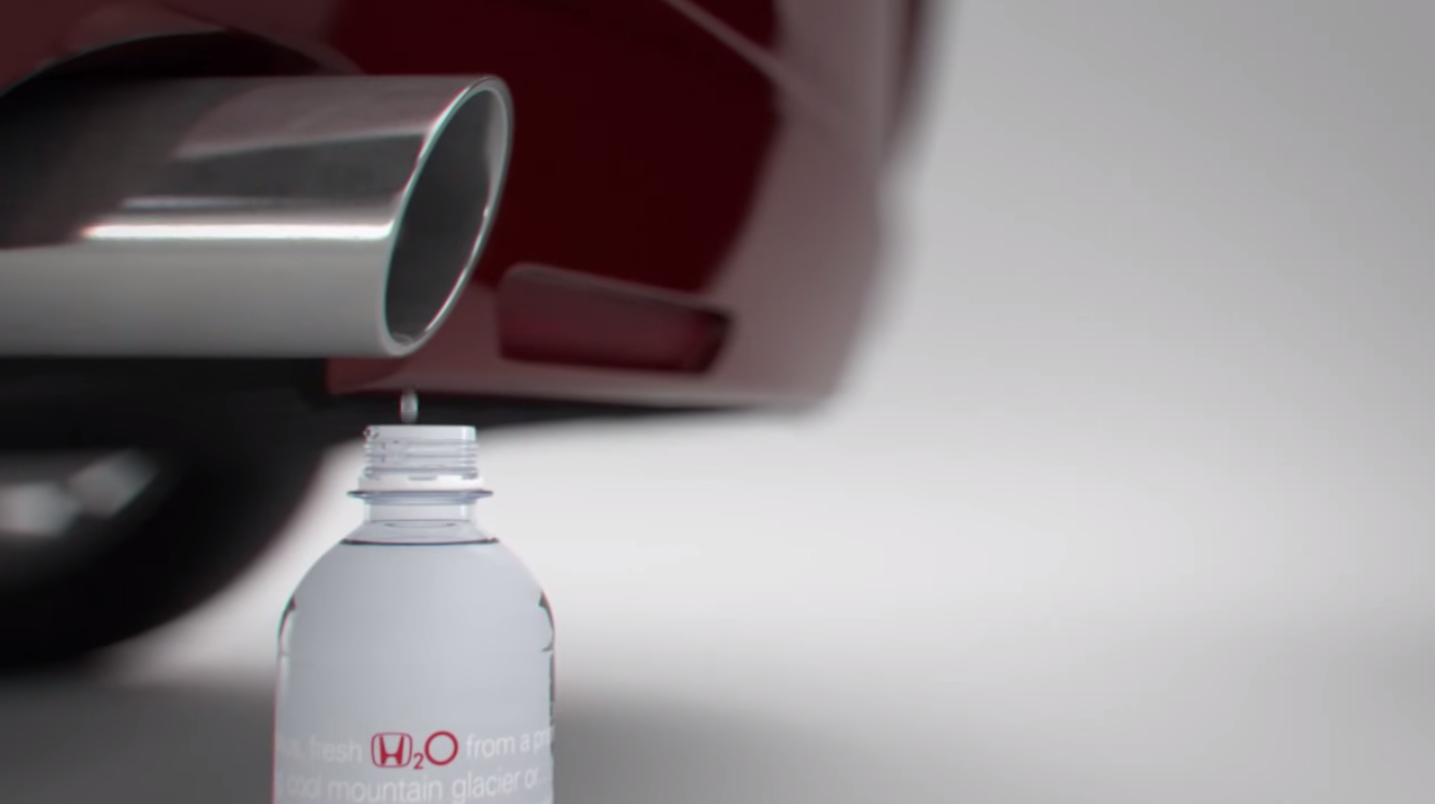 Tech ad of the day. Samsung Gear - Another Me 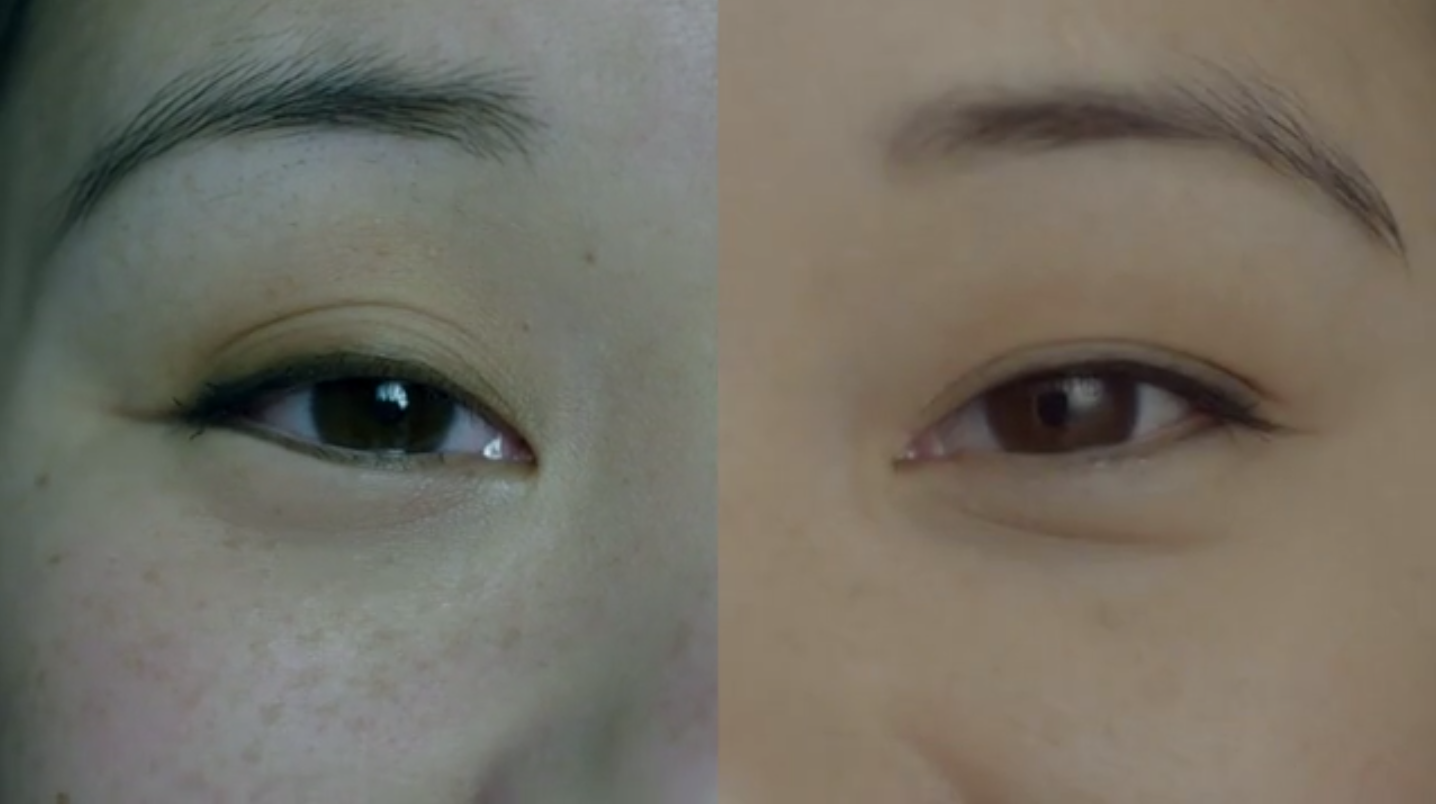 Ad of the day. Heineken | The City


A single man embarks on a city adventure with only the missing cards of a mysteriously beautiful woman to guide him. Each card takes him deeper into the neon heart of the city but will his wild woman-hunt eventually lead to the girl of his dreams? Of course it will, but that doesn't mean it won't be a blast finding out how.


Amsterdam, 12 May 2014 - Heineken® has today unveiled its latest global campaign, 'Cities of the World', aimed to inspire men to live worldly, new adventures by unlocking the secrets of their cities. The fully integrated campaign includes a 2 minute TVC, on-line activation and special edition Heineken® bottles.
The latest TVC, 'The City', is the seventh film in 'The Legends' series featuring Men of the World who are pushed to discover their limits and go beyond them. Created by Heineken, in partnership with Wieden + Kennedy Amsterdam, its main character embarks on an adventure by following a set of business cards lost by a beautiful woman, Eve, with each card uncovering surprising and hidden venues in his city. The TVC is a reminder to Men of the World that every great city offers an endless adventure within its sky-scraping towers and neon lit streets.  It reinforces the notion that men should never stop exploring their own urban backyard. 'The City' TVC can be viewed via this link.
To celebrate the launch, Heineken has produced a set of specially designed bottles, each with one of six global cities printed on it; New York, Shanghai, Berlin, Amsterdam, London & Rio de Janeiro. Special edition bottles will be available globally.
"Men of the World want to make the most out of their time in the city, because they know life only gives them one shot. So they really live their city by seeking out new experiences and adventures and they have an underlying fear of missing out on the best ones (FOMO)," said Gianluca Di Tondo, Senior Brand Director Global Heineken Brand. "Heineken is always looking for innovative ways to interact with our Men of the World. Knowing that they fear missing out, Heineken is there to help by giving them the inspiration they need to become legends in their city."
"Our Men of the World know the usual hotspots in their cities, and they are hungry for new experiences," continued Gianluca Di Tondo. "The 'Cities of the World' campaign aims to inspire and motivate them to get out of their comfort zones, to embrace the unusual and embark on worldly adventures in their own cities."
May 12th marks the global launch of 'The City' TVC and 'Cities of the World' campaign with local activations to follow in more than 100 countries, beginning with the USA.
Notes to Editors: More about The City TVC:The TVC was directed by Traktor and filmed in Hong Kong.  The TVCs are available in 2 min, 90sec, 60sec, 30sec formats.

Cool stuff of the day. The Bible of Barbecue - Tramontina 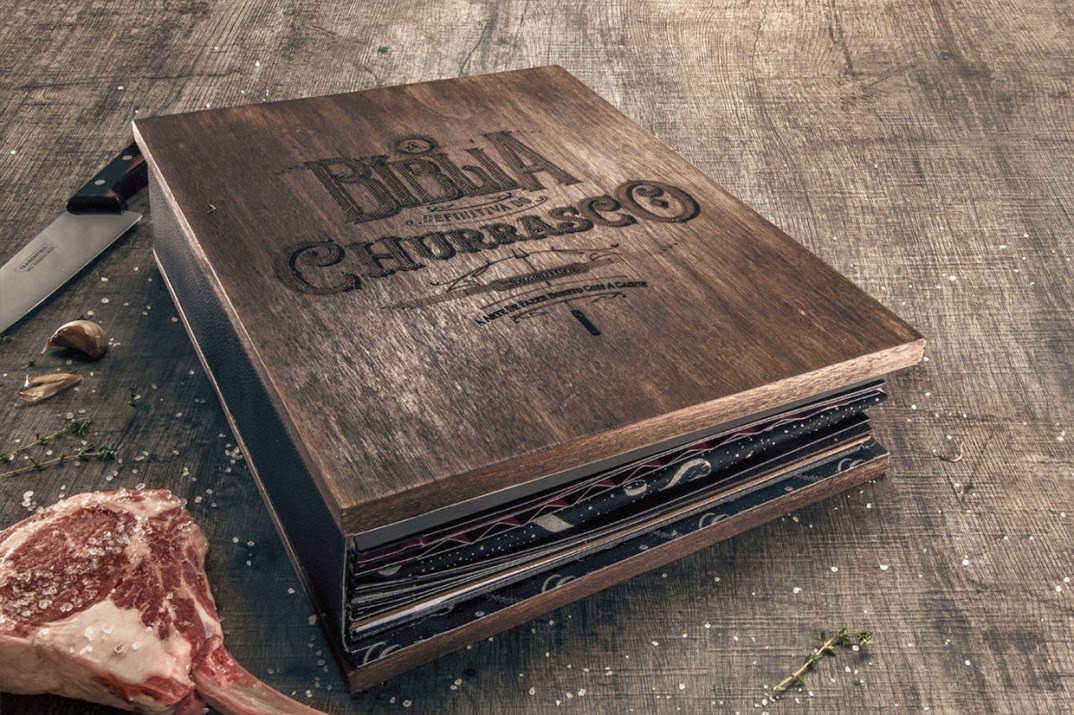 Versão do vídeo em português: https://www.youtube.com/watch?v=gG9HM...A beautiful book that you can keep on your shelf or tear to pieces to make the perfect barbecue.