Ad of the day. TV Commercial | The Truth Is Hard To Find – Tyler Hicks / Bryan Denton | The New York Times 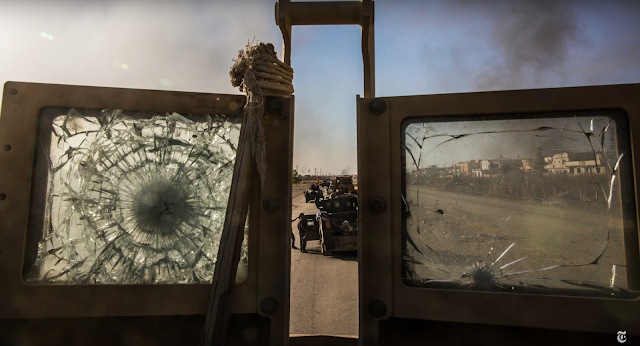 Discover the hard work needed to report the facts in the latest video series from The New York Times marketing team. All photos in this video were taken by Tyler Hicks while he was covering the refugee crisis for The New York Times in Lesbos, Greece, in 2015. The video is directed by Darren Aronofsky.

Discover the hard work needed to report the facts in the latest video series from The New York Times marketing team. All photos in this video were taken by Bryan Denton while he was covering Iraqi counterterrorism forces for The New York Times in Bartella, Iraq, in 2016. The video is directed by Darren Aronofsky. 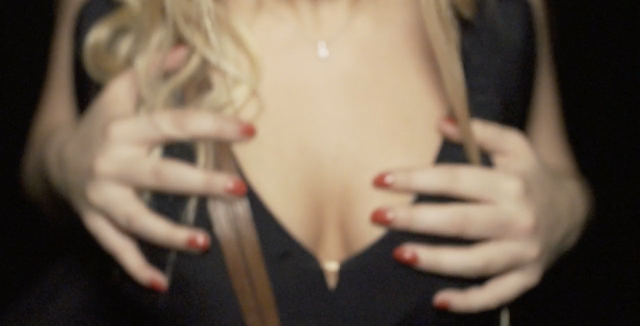 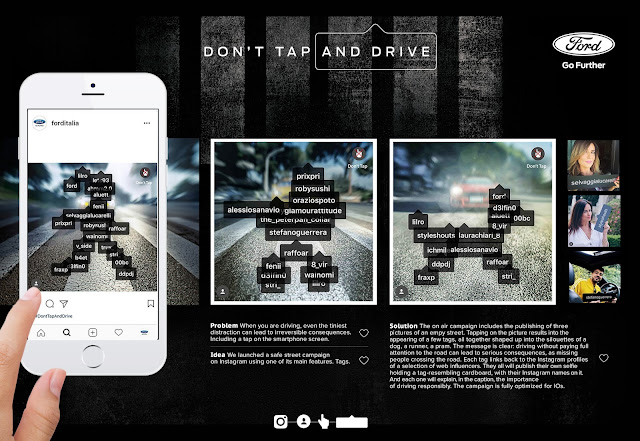 Don’t tap and Drive. GTB Rome and Ford of Italy on the responsible use of smartphone while driving.

GTB Rome, the WPP agency fully dedicated to the Ford Italia client, has for years extensively worked to communicate the principle of responsible driving. This process started in 2015, particularly covering the subject of the dangers of using a smartphone while driving.

3 out of 4 car accidents in Italy are caused by the use of an electronic device while driving. Young drivers between 18 and 29 years old are the most vulnerable victims of this misbehave.
This easily explains why they became the main target of our driving responsibly campaigns.

Yet, it is very difficult to communicate to such a young target. And it is especially difficult to convince them to leave their smartphone alone. This is why Ford of Italy and GTB Rome have concentrated their efforts on a campaign that mainly works on social networks.

After ‘Don’t Scroll and Drive’ and ‘Don’t Emoji and Drive’, this year GTB launches, on Instagram, ‘Don’t Tap and Drive’. This campaign refers to the single gesture that millions of people do every day: tapping on the touch screen.
The on air campaign includes the publishing of three pictures of a zebra crossing on the road.

Tapping on the picture results into the appearing of a few tags, all together shaped up into the silouettes of a dog, a runner, a pram. The message is clear: driving without paying full attention to the road can lead to serious consequences, as missing people crossing the road, for example.
The campaign is fully optimized for IOs.

Each tag links back to the Instagram profiles of a selection of web influencers who chose to be part of the campaign. They all will publish their own selfie holding a tag-resembling cardboard, with their names on it. And each will explain, in the caption, the importance of driving responsibly.

‘Young people hardly ever listen to institutional messages – says Federico Russo, Executive Creative Director at GTB Rome -  and they would rather pay attention to what comes in the shape of a friendly message from a social contact they trust. This is why we chose to launch a campaign that leverages on a solid network of web influencers who, informally, can get in real contact with our target, thus communicating further the real danger of driving distractedly.

Campaign photographs by Lorenzo Poli. The influencers network selection is the result of a cooperation GTB Roma – Burson-Marsteller, PR agency of the WPP Group. 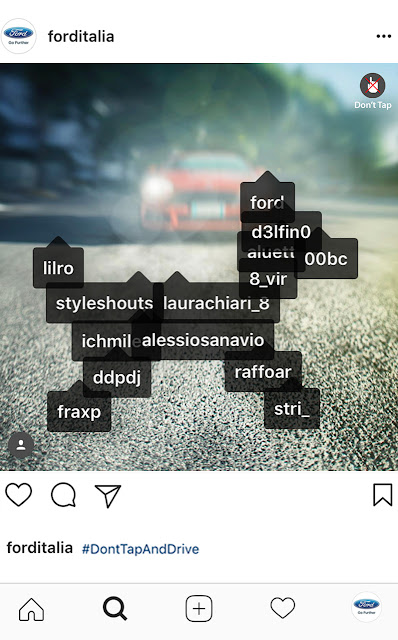 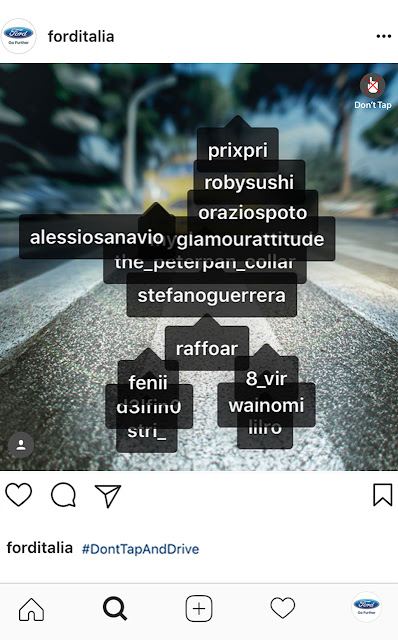 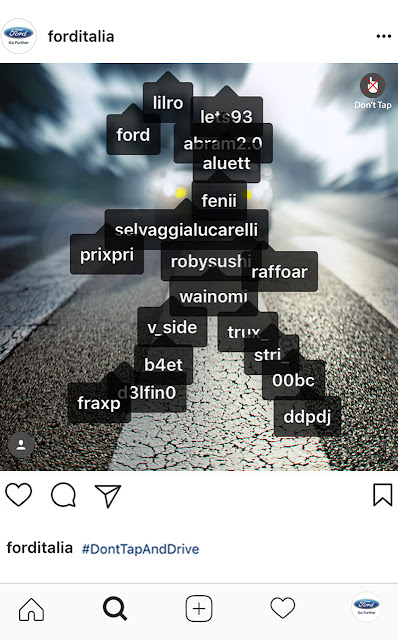 Great campaign of the past. Nike Skateboarding - Tennis / Running

"What if we treated all athletes the way we treated skateboarders?" is the theme of this campaign, in which Nike tries to suck up to a younger generation of consumers. The cleverly executed spots show runners and tennis players persecuted for practicing their sports. via luerzersarchive.com
Goodby Silverstein & Partners, San Francisco
Jon Soto
Albert Kelly
Baker Smith
Tate USA, Santa Monica 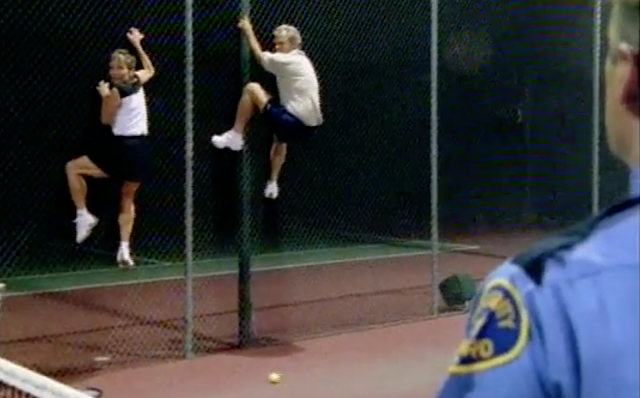