“If people say your dreams are crazy, if they laugh at what you think you can do, good. Stay that way. Because what nonbelievers fail to understand is that calling a dream crazy is not an insult; it’s a compliment.
Don’t try to be the fastest runner in your school, or the fastest in the world. Be the fastest, ever. Don’t picture yourself wearing OBJ’s [Odell Beckham Jr.] jersey; picture OBJ wearing yours. Don’t settle for homecoming queen or linebacker; do both. Lose 120 pounds and become an iron man, after beating a brain tumor. Don’t believe you have to be like anybody to be somebody.
If you are born a refugee, don't let it stop from playing soccer for the National Team. At age 16.
Don’t become the best basketball player on the planet; be bigger than basketball. Believe in something, even if it means sacrificing everything.
When they talk about the greatest team in the history of the sport, make sure it's your team.
If you have only one hand don't just watch football, play it. At the highest level.
And if you are a girl from Compton, don't just become a tennis player. Become the greatest athlete ever.
Yeah, that's more like it.
So, don't ask if your dreams are crazy. Ask if they’re crazy enough.
It's only crazy until you do it.
Just do it." 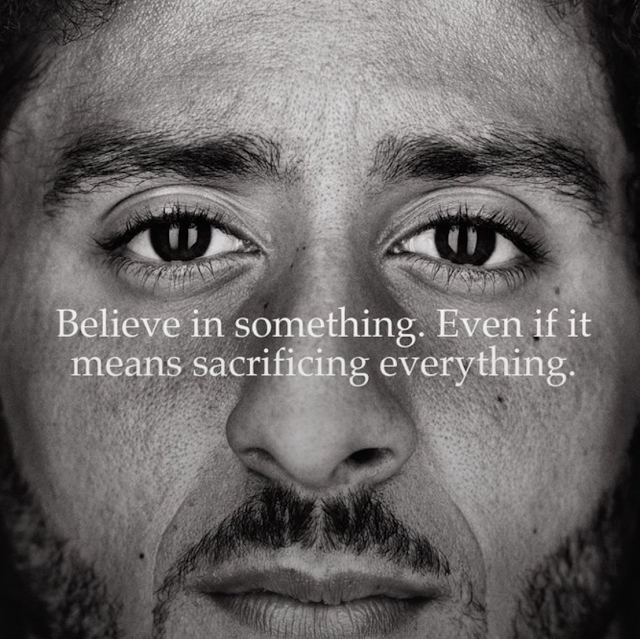